How to Perform an Insulation Resistance Test on A Transformer

Transformers are alternating current (AC) devices that are used to transfer electricity from one circuit to another. They allow you to increase or decrease the voltage, which we call step-up or step down or provide electrical isolation. One of the most critical tests for any transformer is an insulation resistance test. In this post, I’ll show you how to perform an insulation resistance test on a transformer and what results to expect, all while keeping yourself safe. One of the most common applications of transformers can be seen in power distribution networks. The electricity that gets transferred to your home is stepped up and stepped down multiple times before it arrives at your house. Any appliance that needs a voltage that is different to the standard AC supply will most likely have a transformer. But what is it?

A most basic transformer is just two windings that are electrically isolated but wrapped tightly on each other around an electromagnetic core. When you supply alternating current on one winding, the other winding will provide an AC voltage of the same frequency at the level that depends on the ratio of the number of turns of the winding.

What’s Keeping Them Apart – The Insulator

The windings are physically touching each other, and the only thing that stops the current to find its way from one winding to another is the coating on the windings. This coating on the transformer wires is a type of electrical insulation. An ideal electrical insulator, by definition, stops the current flow. But there is no such thing as a perfect insulator.

All insulators have a breakdown voltage, which means that if the voltage across the insulation is high enough, it will allow current to flow. The current will be very small, something in the order or micro or nanoamps, but there will be some current, but that’s more than what you expect from an insulator – this is called a leakage current

Transformer windings VS A capacitor?

If you look at a transformer winding closely, you’ll notice the two windings are two conductors separately by the insulator – this is a typical capacitor. In a standard capacitor, two conducting plates are separated by an insulating material called the dielectric. The insulator inside a capacitor allows the current to jump across from one conducting plate to another like static electricity. What this means that even in the transformer windings, this is a possibility. This current is called the capacitive charging leakage current.

What is the Purpose of the Insulation Resistance Test in A Transformer?

The levels of leakage currents depend on the integrity of the winding insulation. For instance, the insulation can degrade over time due to excessive temperature or moisture or exposure to a higher voltage than the ratings. In this case, the voltage level that insulation was previously able to withstand may have gone down, which will increase the leakage current. The performance of a transformer relies on its construction, among other things, and if the insulation is not the same, it will perform poorly or could even be dangerous in some cases.

So, the primary purpose of the insulation resistance on a transformer is to test the integrity of the winding insulation. Better insulation will mean lower leakage currents and better performance and safety.

What happens During an Insulation Resistance Test

According to Ohm’s law, the current in a circuit depends on the voltage across it and its resistance. A resistance tester like an ohmmeter uses this concept to identify resistance of a circuit. For example, the ohmmeter’s battery supplies voltage to a resistor and based on how much current flows through it, the meter displays the resistance. In an insulation resistance test, the concept is the same. The main difference is the resistance you are trying to measure now is extremely high because it’s an insulator. And to measure higher resistance, you’ll need high enough voltage across it.

A normal ohmmeter cannot provide this, and so we need to use a special ohmmeter that will provide higher voltages. Here comes the insulator resistance tester, also called an IR tester. An IR tester will have multiple voltage settings; even the most basic ones will have 250V and 500V. The one we are using here has 100V, 250V, 500V and 1000V. All these voltages are DC.

Why DC and not AC

DC or direct current provides a constant flow of current to the insulation. That’s like applying consistent pressure on it to see if it breaks down and break down it will – eventually. So, its important to not expose the insulation to the higher voltages for too long. AS/NZS 3000:2018, which is the Australian and New Zealand standard for electrical, also called the Wiring Rules prescribes in the Clause 8.3.6.2 Method that “The integrity of the insulation is stressed by applying a direct current at 500V for low voltage circuits.” With some exceptions where the test voltage could be reduced to 250V

Understand this Before Performing an Insulator Resistance Test

Safety comes first. IR testers can supply very high voltage levels but may not provide a large enough current to kill a healthy person, but would you be willing to bet your life on it? Literally? As the voltage goes higher, the amount of current required to do damage decreases.

This may seem like an obvious warning, but never touch the conducting ends of the leads of an IR tester when it is enabled. The resistance of our skin changes based on many external and internal influences and a higher voltage at the wrong time can be fatal. If not life-threatening, you’ll receive an electric shock.

How to Perform an Insulation Resistance Test on A Transformer

Here are the steps and a video demonstrating an IR test on a transformer. We are using a two output, center tap input transformer from our DC Pracbox.

What Results Should You Expect

We realise that the insulation’s resistance should be very high, but at what level is it considered unsuitable for use? According to AS/NZS 3000:2018,

Another clause to consider is Clause 7.5.12 Testing the separation of SELV and PELV from live parts of other circuits and earth, which “shall not be less than 0.5M ohms” at 250V DC

Ideally, for transformers, you would expect an open circuit, but in older transformers, the values could be lower. Practically, you would want the insulation resistance to be many times higher than 1M ohms. In our case, we are getting Over Limit or Open Circuit at 500V

Insulation resistance test is only more of the major tests that you should perform on a transformer. IR tests are performed to test the integrity of the winding insulation but at very high voltages. And, for this reason, its important to follow the safety guidelines at all times when conducting this test.

I hope my post and the video helped you understand how to perform the test, the reason for it and safety. Another important test for transformers is a Winding Resistance test; you can read more about it here. 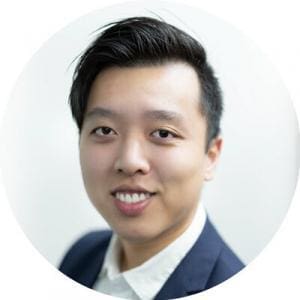 Anthony is a passionate electrical engineer with an affinity for problem solving. He's always eager to tackle a mathematical challenge or wherever he can apply logical reasoning. His aspirations are to continually develop technical knowledge and apply it to innovate product systems and design. The Wiring Rules AS/NZS3000 VS The Reg Book

Is AS/NZS 3000 the Wiring rules or the Reg book? You may find that the opinion about the answer to this question is divided. My 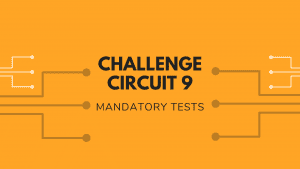