How much current does an incandescent lamp draw?

One of the questions in Challenge circuit 6 was to find the amount of current a 24V 25W lamp will draw at the rated voltage. The theoretical answer for this question was 1.04 A, and when we measured it, we found it to be close to 1.02 A. But is the response that simple? Let’s thrash it out.

Resistance of an incandescent lamp is not fixed

Before we proceed, we will calculate the steady-state currents each lamp will draw. Similarly, we can find the steady-state current for the remaining two lamps. Here are the results for all three.

Based on the steady-state currents, we can calculate the effective resistance of the lamps using one of Ohm’s law formulas.

If we supply the rated voltage to these lamps, their resistance values should be close to the ones listed below.

Cold resistance of an incandescent lamp and inrush current

Cold resistance refers to its resistance when there is no voltage across the lamp or it hasn’t been powered for some time. The easiest way to find this value is to measure the terminals with an ohmmeter. Here are the results Let’s use Ohm’s law to estimate the current draw of the lamps based on the cold resistances. Do you think they would be different to the steady-state currents? Here is the calculation for one of them We can calculate the current for each using the same formula.

As you can see, these values are much higher than the expected steady-state currents. Since the lamps draw these currents only when starting from cold, let’s call these startup currents or Inrush currents.

How does this affect a circuit?

If we choose circuit components based only on the steady-state current of the lamp, we may face some problems, especially with the control mechanism. Examples of control mechanisms are contacts of a switch, push button or relay.

All contacts have at least a current rating to consider, which is usually combined with a voltage value. If your circuit was to draw more current than this rating, you could damage the contacts. This is in line with the second question of the Challange circuit 6 – would connecting 24V 25W in series with a 1A reed switch be safe. And the response was that it could damage the reed switch. However, this is only considering the steady-state current.

If we consider the inrush current of the lamp of 9.6 A, we will realise that it’s highly likely that the reed switch will get damaged the instant it is activated.

Can you predict the steady-state current at any voltage?

How much current could a 12V 3W lamp draw at 6V? If the lamp’s resistance were constant, it could be easy to estimate the current – it would be half of the current at the rated voltage. Let’s see if that is the case for these lamps. The table below shows the measured currents at 75%, 50%, and 25% of the rated voltages and their corresponding resistances.

Here is a video of 12V 3W lamp, measuring current and power at different voltages

Here is the table for the 12V 3W lamp

Similar to the video, we conducted experiments for each lamp. I have also included the resistance values that we calculated from the measurements

Let’s plot all our resistance values to see how linear the resistances are as the voltage changes. Please note: 0% rated voltage in the graph below means cold resistance. From the graph, it seems that the resistance of incandescent lamps is fairly linear after they have been heated up. So it’s easy to predict the current once we know any two points, for example, between 25% and 100%, but in the real world, this is highly impractical.

We can also see that the resistance values are not linear from cold resistance to 25%. This makes sense because the inrush currents of the lamps were quite high compared to all the other values.

There is a good reason why most loads display their rated voltage and power consumption rather than resistance values. Unlike resistors, which have a fairly constant value at a given temperature, the resistance (or impedance in AC circuits) of loads changes based on various factors. In our case, the heating of incandescent lamp filaments due to the current changed the resistance.

The most important points to consider from the above discourse are I help electrical training organisations increase learner engagement by designing innovative training equipment. I have a saying "Electricity - you cannot see, you cannot hear it, but by the time you feel it, it may be too late." My main aim is to turn this black magic that we call electricity into something that people can understand. 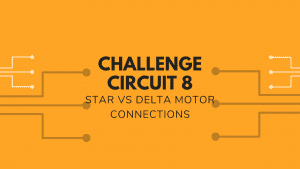 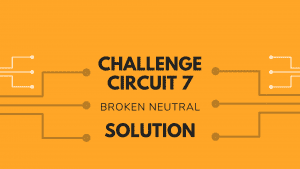